Home › Creativity › Economic impact of no-deal Brexit should be known before Britain opts for it: Bank of England Governor

Economic impact of no-deal Brexit should be known before Britain opts for it: Bank of England Governor

A vote for a No-deal Brexit option should have “absolute clarity” on what it would mean for the British economy.

In a significant development, Mark Carney, Bank of England’s Governor made it lucidly clear that Britain could opt of a no-deal Brexit only if there is “absolute clarity” about what it would mean for its economy.

Carney, who has previously warned about the economic impact of a no-deal Brexit, made the comment in an interview with the BBC, an excerpt of which was broadcast on Friday.

Two contenders are racing to replace Theresa May as the next British prime minister.

Both have said they are prepared to take the country out of the European Union without a transition deal, if necessary. 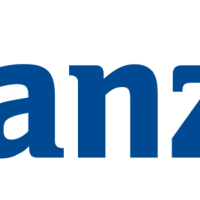