According to researchers from Cambridge University and the United States Federal Reserve, the economic destruction because of the coronavirus pandemic if no social distancing measures were imposed by governments if there was enforcement of eight-month “structured lockdowns”.

Many countries have been grappling with when and how to open up their economies now in lockdowns to prevent the spread of the coronavirus pandemic. The tough decision for authorities is to weigh how to balance reduction of economic damage and protecting public health. There have already been protests held across the United States against lockdown measures.

The costs of imposing a “structured lockdown” would be about half of the economic consequences of inaction when it comes to encouraging social distancing, said the study which has been conducted by economists from Cambridge University and the US Federal Reserve Board.

It would be “extremely risky” for economic output if authorities did not impose any lockdown at all, the researchers found, because in such a situation, the rampant spread of the coronavirus  would hit workers in sectors that were crucial for keeping economies of developed countries functional.

The study projected that the economy would shrink at a peak monthly rate of 30 per cent because of the core working group being hit hard if there is no social distancing at all because of the hard to key industries.

The “core workers” who work in the in crucial industries such as health care, food and transportation needs to be kept separated from the rest of the working population in order to protect the economy to the maximum, researchers claimed in the study.

“What seems clear to us is that taking no action is unacceptable from a public health perspective, and extremely risky from an economic perspective,” the report’s authors said.

A number of lockdown policies were considered in the report and projections were made about how each of the scenarios would impact the economy.

“This milder lockdown scenario for eight months would be one in which we do not wait for the vaccine, but we hope for a form of herd immunity by exposing people very slowly to the disease,” said Giancarlo Corsetti, professor of economics at Cambridge University and co-author of the report.

“As well as containing the loss of life, committing to long-term social distancing structured to keep core workers active can significantly smooth the economic costs of the disease,” he added. “The more we can target lockdown policies toward sections of the population who are not active in the labor market, or who work outside of the core sector, the greater the benefit to the economy.”

Like Loading...
‹ Coronavirus Pandemic Causes US Economy To Shrink By 4.8% In First Quarter
Jaguar Land Rover’s China Production Up To 75% Capacity As Demand Returns › 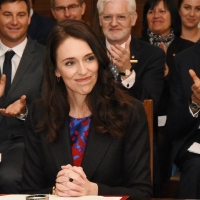 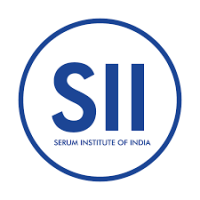