The training of U.S Marines in Australia is likely to dampen Australia-China relations while bolstering the United States’ long standing Asia pivot strategy.

In a move designed to reign in Chinese aggression in Australia, on Friday, the Australian defense minister stated the U.S. will deploy a record number of Marines for training in Australia.

Australian Defense Minister Marise Payne said, 1,587 U.S. Marines, up by 27% from a year earlier, will spend six months in training in a remote location in Australia, as part of the Force Posture Initiatives.

“The U.S. military plays a vital role in underwriting security and stability across the Indo-Pacific, and the Force Posture Initiatives will be an essential component in preserving stability and security over the coming decades,” said Payne in a statement.

The deployment of U.S. Marines, first introduced in 2011 as part of a U.S. “pivot” to Asia, has emerged as a key indicator of Washington’s commitment to the region.

The United States, under President Donald Trump has shown willingness to counter Chinese influence in a region which has seen disputes over territory over the South China Sea.

The South China Sea, an important trade route, is believed to contain large quantities of oil and natural gas and China has bullied countries in the region by building artificial islands on reefs, many of which contains ports and air strips.

“China will monitor whatever the U.S. does and it would prefer that the United States not work with the Asian countries included in these exercises,” said Euan Graham, director of the international security program at Australian think tank the Lowy Institute.

He went on to add, “Beijing would like to deal one-on-one with Southeast Asia nations that have counter claims”.

Further, the training of U.S. Marines in Australia will also see the U.S. bring in military hardware, including F-18 jets and helicopters, said Payne.

The development is likely to weaken Chinese influence and Australia-China relations.

Although Australia, a staunch U.S. ally, has no claim to the South China Sea and has long maintained its neutrality in the dispute so as to protect its economic relationship with China, recent months saw Australian Prime Minister Malcolm Turnbull state that China was improperly interfering in Canberra’s affairs. 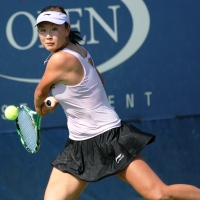 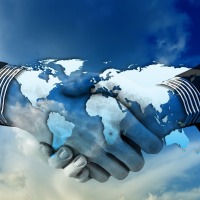