Thousands of employees of lenders HSBC and JP Morgan are to work from home on a permanent basis – indicating that this trend that was significantly accelerated during the Covid-19 pandemic will potentially continue well after the pandemic is over.

About 10 per cent of the 25,000 employees of the United States investment bank JP Morgan could work from home full time, said Jamie Dimon, the chief executive of the bank in a letter to shareholders that was published recently. He added that the other employees will also be working from home for some of the time.

Discussions are being held between the British bank HSBC and the representatives of the bank’s call centre staff in the United Kingdom about the possibility of permanent work from home regimen for up to 1,200 workers.

The question of whether to continue with some of the ways of working that was forced on businesses by the pandemic induced lockdown rules is being debated by many services companies across the world.

Dimon said that the bank will move ahead with the construction of JP Morgan’s new HQ in New York and the building will be the working place for more employees. He however wrote in the letter that on the overall the changes would “significantly reduce our need for real estate”.

Booking of office seats and conference rooms will be done with the help of more digital tools for employees, the bank said. Dimon said that the bank could require “seats for only 60 on average” for every 100 employees.

According to Victoria Short, chief executive of the recruitment company Randstad UK, the main motivator for many companies to permanently introduce work from home regimen for some employees will be to cut down on office costs. However, companies will also make more offers of woprk from home as a perk for retaining staff.

“There’s an increased expectation from your employees that you will offer some form of flexibility,” she said. “If you want to remain competitive in the war for talent, having this as an option will become increasingly important.”

The intention to introduce hybrid work patterns have already been made clear by many companies – particularly by those offering professional services. Under such working conditions employees will be allowed access to offices when necessary while laso giving them the opportunity to work from home.

About 22,000 employees of the accountancy firm PwC would have the opportunity to work from home for about half the time because of a new flexible working policy developed by the it, the company announced last week.

On the other hand however, there are companies that are interested to quickly return to office based work as soon as possible. For example, it has been reported that starting next week, employees working in the offices of Credit Suisse and JP Morgan in London are expected to get back to regular office shifts in their respective offices.

“We are in discussions with contact centre colleagues who serve HSBC UK retail customers about ways that we can offer flexibility on work location while ensuring the way we work meets our customers’ needs. These discussions are continuing,” said an HSBC UK spokesman.

Like Loading...
‹ Regulatory framework on climate risk disclosures will act as catalyst for massive green investments: John Kerry
More Billionaires Now Reside In Beijing Than Any Other City In The World › 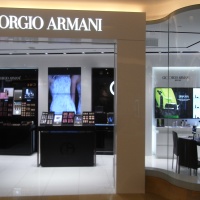 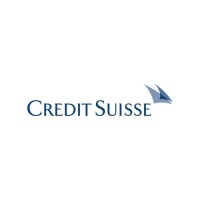