In a statement Brazillian airlines Gol Linhas Aereas Inteligentes SA said, from December 9 it would resume flying Boeing Co’s 737 MAX planes on its commercial routes in its domestic network.

It expects all seven of its 737 MAX aircraft in its fleet to be cleared for operational use by the end of December.

The development comes in the wake of the American Airlines Group Inc conducting its first 737 MAX flight with media on board, as it attempts to demonstrate to passengers that the jet is safe for consumers following a 20-month safety ban.

Last month, the United States lifted the flight ban on the 737 MAX with the U.S. Federal Aviation Administration outlining details of the software, system and training upgrades the airplane must have before commencing commercial operations.

By the end of this year, American Airlines said it would return 737 MAX jets to passenger flights with a daily flight between Miami and New York City. 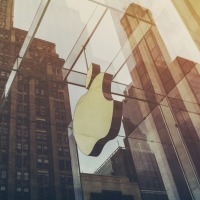