GM’s Mini EV A Hit In The Chinese Market

In the month of August, the Wuling MINI, the electric from SGMW, GM’s venture with partners SAIC Motor Corp and Guangxi Automobile Group, which made it the top selling electric vehicle in China for the month which exceeded the popular Model 3 form Tesla.

The vehicle was launched in July with the aim of taking advantage of the changes to government subsidies related to electric vehicles in China. The vehicle is a smaller one that can travel less on a single charge but is also has a very cheap price tag.

There has been enthusiasm from consumers about this electric vehicle despite it having only basic features and no safety air bags, optional air-conditioning and a single charge range of range of less than 200 km because of a smaller and less powerful battery.

Zhou Xing, SGMW’s branding and marketing director said that encouraged by the demand, the manufacturers now want to increase the manufacturing capacity of the new model ay its plant in Liuzhou. The manufacturers are also planning on expansion of the existing facility in Qingdao.

“We positioned this model as a ‘people’s commuting tool’,” he said, speaking prior to the Beijing auto show slated to begin on Saturday. “Customers can drive their cars to work every day.”

The target customer segment of the company it those who are an electric vehicle that can be used to move around in a city as a second car. It is also targeting customers in the rural areas requiring a vehicle to move goods s well as the young first-time car buyers who would be attracted by the low price.

It is expected that the total sale of clean energy vehicles that include sale of electric, plug-in hybrid and hydrogen fuel-cell vehicles will reach 1.1 million this year in China which would account for 5 per cent of the total auto sales of the country.

With policymakers pushing for increased electric vehicle production and sale being bolstered by more restrictions on the use of fossil fuel powered cars, this micro car reflects a shift in what typifies a mainstream electric vehicle.

Higher energy-density battery systems that give electric cars more electric power to run longer distances with a single charge have been developed by car makers over the past decade as a response to the government requirements to win generous subsidies for electric vehicles.

For most of 2020, the market leader in electric vehicles in China was Tesla’s Model 3 which has a range of over 400 km on a single charge. The cost of a Model 3 id about $43,000 which is about 10 times the price of the Wuling MINI. 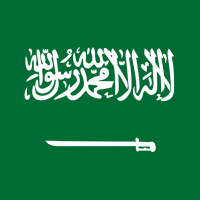