For Johnson, passing the deal is a do-or-die situation: he has banked on the phrase repeatedly, saying he will get the deal through by October 31, no matter what.

On Saturday, British Prime Minister Boris Johnson’s last-minute plan to secure a Brexit deal in an extraordinary sitting of the British parliament saw the plans wade into chaos with opponents moving to derail the legislation.

Reassuring British lawmakers that he has secured the best possible deal, Johnson cautioned saying there was little appetite for further delay.

“If there is one feeling that unites the British public with a growing number of officials in the EU it is a burning desire to get Brexit done,” said Johnson. “Further delay is pointless, expensive and deeply corrosive of public trust.”

This is the first time since the 1982 invasion of the Falklands that British lawmakers sat in Parliament while thousands of protestors gathered outside demanding another referendum on EU membership.

Johnson’s opponents laid a booby trap which could potentially frustrate his plans and force him to further delay Brexit.

A law passed by Johnson’s opponents forces him to ask the EU for a Brexit delay until January 31, 2020 unless he has secured approval for his deal by the end of Saturday.

Saturday’s Brexit vote is likely to see lots of drama, including cross-party voting .

“My aim is to ensure that Boris’s deal succeeds,” said Olivier Letwin, a former Conservative lawmaker who was expelled from the party by Johnson for refusing to back his plans to leave the EU with or without a deal. Letwin wanted “an insurance policy which prevents the UK from crashing out on 31 October by mistake if something goes wrong during the passage of the implementing legislation”.

While some protestors say, they are bored with the Brexit argument and simply want the process to end. Many others are angry that Britain is being taken out of the EU and want this reversed.

Hannah Barton, 56, a cider maker from Derbyshire in central England, was draped in the EU flag.

“I am incensed that we are not being listened to,” said Barton. “We feel that we are voiceless. This is a national disaster waiting to happen and it is going to destroy the economy.”

The leader of the opposition, Jeremy Corbyn, has backed a second referendum.

“Voting for a deal today won’t end Brexit. It won’t deliver certainty and the people should have the final say,” said Corbyn in parliament.

Johnson, who incidentally, does not have a majority in parliament, will have to win the support of 320 lawmakers to pass the deal. 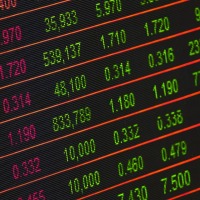