US Vegan Meat-Maker Beyond Meat To Launch IPO, Wants Valuation Of $1bn

The US plant-based meat manufacturer Beyond Meat could be valued at over $1bn as it seeks to raise money for expansion in its launch of its initial public offering (IPO).

It is expected that the company would offer 8.75 million shares priced between $19 and $21 each. The IPO would value the company at $1.2bn considering the upper range of the price.

According to the filing prospectus of the company at Nasdaq, the aim of Beyond Meat for the launch of the IPO is to use the funds generated for investing in research and development and expansion of the manufacturing facilities as it seeks to take advantage of the growing popularity of veganism.

It the company expects to get total funds of about $175m from the IPO, it is supported by the likes of the US meat producer Tyson and Microsoft founder Bill Gates. Achieving that valuation would mark the company as a so-called “unicorn firm”. It refers to those privately owned start-ups that are valued at $1bn or higher.

Currently, there are a number of IT based tech start-ups in that group of companies including taxi-hailing app Uber, ride-sharing start-up Lyft and online scrapbook company Pinterest.

The company had to postpone launch of its Beyond Burger by three months at 350 Tesco stores last August because of supply side issues.

On its website, Beyond Meat says: “Why do you need an animal to create meat? Why can’t you build meat directly from plants? It turns out that you can. So we did.”

Beyond Meat was founded in 2009 by vegan Ethan Brown. Its most popular product is the Beyond Burger which is currently available for sale at Whole Foods and in the restaurant chain TGIF.

“As a young adult, I enjoyed a career in clean energy but continued to wrestle with a question born of these early days: do we need animals to produce meat?,” asks Brown, who is chief executive as well as founder of Beyond Meat, in a letter included in the prospectus.

“Livestock emerged as a major contributor of greenhouse gas emissions, with related burdens on land, energy, and water,” says the letter.

The company claims that there is no need for a complete abandonment of meat by humans but there is definitely a need to alter the definition to one that considers composition and structure-—amino acids, lipids, trace minerals, vitamins and water. He says that such core elements can be found in the plant kingdom and is not the exclusive property of animals meat.

“The animal serves as a bioreactor, consuming vegetation and water and using their digestive and muscular system to organize these inputs into what has traditionally been called meat,” he writes

“At Beyond Meat, we take these constituent parts directly from plants, and together with water, organize them following the basic architecture of animal-based meat. We bypass the animal, agriculture’s greatest bottleneck.”

While being successful in increasing its revenues over the years, Beyond Meat has not made any profits yet. Revenue of $56.4 million was generated by the company in the first three months of the current year which was more than double of what it had generated in the same period a year ago at $21.1 million. 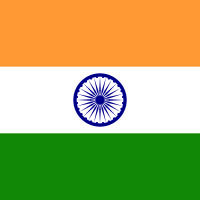 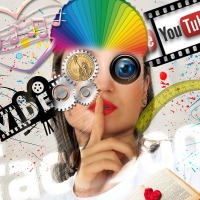