Home › Economy & Finance › Its Right To Develop And Prosper Should Be Respected, China To US

Its Right To Develop And Prosper Should Be Respected, China To US

While reiterating that China is always open to the wider world, the Chinese government’s leading diplomat told a visiting U.S. delegation that China’s right to develop and become a prosperous country should be respected by the United States.

Following the second round of trade talks held in Beijing earlier this month, representatives of the two largest eocnomie4s of the world are slated to begin their third round of negotiations in Washington this week to try and arrive a deal to resolve the trade spat between the two countries. Both the countries have imposed import tariffs on each others’ goods worth billions of dollars since middle of last year, as part of acrimonious trade war that has rocked global trade.

China has been accused by the US of engaging in unfair trade practices which include forced transfer of technologies of American companies. China has denied all charges.

State Councillor Wang Yi told the delegation of U.S. business leaders and former officials in Beijing that both the countries should choose the path of respect and cooperation which is what is hoped by the international community.

“Just like the United States, China also has the right to development, and the Chinese people also have the right to have a good life,” the foreign ministry said about Wang’s comments in a statement published by it on Wednesday.

The development needs of China mandate that it engages in reforms and takes measures to open up its economy, he said and added that the country would be more welcoming to all foreign companies.

“As long as China and the United States proactively meet each other halfway, then trade and economic cooperation can still play a role as a ballast stone in Sino-U.S. ties,” he said.

Lauding the trade talks with China, US President Donald Trump suggested on Tuesday that there was a possibility that the deadline of imposing additional tariffs on Chinese goods worth $200 billion be extended further so that the negotiations between the countries get complete. He said that the date – March 1, was not a “magical” date.

In a report published by the ruling Communist Party’s official People’s Daily and a popular tabloid the Global Times claimed on Wednesday that during the current talks, there needs to be calmness on both sides and t hat nothing must be forced on Beijing by Washington.

“U.S. demand for China’s structural reform must stay in line with China-U.S. trade cooperation and coordinate with China’s reform and opening-up. The talks must not try to force Beijing to change its economic governance or even its development path,” it said.

“China and the U.S. must sign an agreement that will inspire their people, heralding accelerated economic development.”

Like Loading...
‹ Possible Slower Trade Growth In Q1 Of 2019: WTO Trade Indicator
Different Automakers Have Different Decisions About UK Business Due To Brexit › 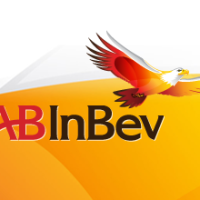