A series of restrictions have been imposed on ships which use and transport heavy grade oils by the International Maritime Organization with the aim that the restrictions will help to protect the lands, communities and wildlife present in the Arctic region.

But for the ships from Arctic coastal states, the new rules also allow for a series of waivers and exemptions which has been condemned by environmentalists who called the waivers as a “massive missed opportunity”.

Commercial ships make wide use of heavy fuel oil (HFO). Use and carrying of HFOs have been banned in Antarctic waters since 2011 over concerns that HFO oil spills could be catastrophic for the region.

The IMO and its member states “must take collective responsibility for failing to put in place true protection of the Arctic, indigenous communities and wildlife from the threat of heavy fuel oil”, said Dr Sian Prior, from the Clean Arctic Alliance.

Dr Bryan Comer, from the International Council for Clean Transportation said that according to the plans of the IMO, it “would allow 74 per cent of HFO-fuelled ships to keep using HFO in the Arctic”.

“(It) would result in a reduction of HFO carried of just 30% and a cut in black carbon emissions of only 5%,” he added.

“A ‘ban’ that affects just a quarter of ships is not a ban at all,” said And John Maggs, senior policy advisor at Seas at Risk.

A much tougher set of restrictions were suggested by a coalition of green groups but those suggestions were not accepted by the delegates.

Harmful pollutants, including sulphur oxide, nitrogen oxides, and black carbon, is produced by HFO. Moreover, the Arctic’s fragile ecosystem could be devastated by a ship accident resulting in an HFO spill from a ship using or carrying them.

The Northern Sea Route will be used by more and more ships because of the continued melting of sea ice in the Arctic region which makes navigation possible there, say analysts.

Reducing the number of ships that can use and transport HFO in the Arctic is the aim of the new restrictions that are set to come into effect in July 2024.

However, for the ships that carry the flag of the five central Arctic coastal countries (Russia, Norway, Denmark (Greenland), Canada and the United States, a host of exclusions and waivers have been included in the restrictions till July 2029.

The largest number of vessels in the Arctic area is from Russia. The NGO proposal was “irresponsible”, it told IMO delegates.

Its own proposed HFO ban from all the waters around the Arctic island archipelago of Svalbard was announced by Norway earlier this month.

“This is yet another sad day for the Arctic,” said Sigurd Enge, manager of Shipping, Marine and Arctic Issues, Bellona.

“The Arctic environment is threatened from all sides, from climate change, toxic contamination, plastic pollution, oil exploration and other extractive industries. What the Arctic needs now is better protection and bold politicians.”

Like Loading...
‹ Record 400 Billion-Pound Borrowing To Plan Be Announced By UK Next Week
Europe Could Be Hit By A Third Wave Of The Pandemic, Warns WHO’s Covid Envoy › 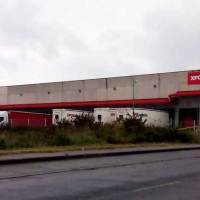