Here is why wheat prices are set to rise globally

Several of the world’s leading wheat exporters, including Australia, the European Union, Argentina, Canada, the United States, Kazakhstan, Ukraine, and Russia, are seeing their wheat crop suffer this year. The last time this happened there were food riots in Asia and Africa.

The scorching dry heat of this year’s summer has brought wheat production to an end in many wheat producing countries. As a result major wheat exporters are having to tap their reserves which are seeing their lowest levels since 2007-2008 when low grain stocks resulted in food riots across Asia and Africa.

In contrast however, according to estimates by the U.S. Department of Agriculture, global grain stocks are expected to touch their all-time high of 273 million tonnes in 2018-2019. This apparent contradiction can be reconciled when one factors in China’s role: Beijing is unlikely to release any wheat onto the world markets.

According to experts from the field, by the end of the wheat season, the 8 major exports will be left with only 20% of the global stock.

As per USDA’s estimate, 16% of the world’s wheat is consumed by China. At the begining of the wheat season, which starts now, China holds 46% of the world’s wheat stock and is expected to hold more than half by the end of the wheat season. As a result, Beijing holds 126.8 million tonnes of wheat, up by 135% from 54 million tonnes five years earlier.

“People need to get rid of China stocks (in their calculations) … if you do that, it’s just exceptionally tight,” said Dan Basse, president of AgResource Co.

Wheat prices have peaked to their 3-year high at $5.93 a bushel on the Chicago Board of Trade Wc1. Importers in North Africa appear to be better placed since they have higher stocks of their own.

“It could have an impact on food inflation but in North African countries they have a good crop this year, fortunately, so their reliance is not as big as in the past years,” said Abdolreza Abbassian, chief economist at the United Nations’ Food and Agriculture Organisation (FAO). He went on to add, “I don’t think we want to be alarmist in terms of consequences”.

China had started stockpiling wheat in 2006 and set a guaranteed floor price to ensure stability in food security. With Wheat going at $9.75 a bushel last week, prices of wheat stocked by China are so high that they cannot sell without incurring a significant loss.

This is why Charles Clack, an analyst at Rabobank said he expects China to continue to build stocks into next year while either reducing its reserves, curbing long term domestic production, conducting internal auctions or even reducing imports.

“It will be a slow process … I wouldn’t expect exports to come flying out anytime soon,” said Clack.

According to Shanghai JC Intelligence Co Ltd, China’s wheat reserves now total almost 74 million tonnes, most of which has been grown between 2014-2017, although a small amount is as old as 2013 as well.

Like Loading...
‹ A US-China Trade War Could Put Australia In A Very Tight Spot
Chile’s President Sebastian Pinera to modernize the country through tax reforms › 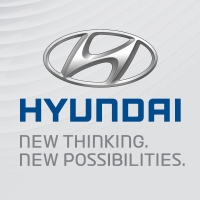