Up from its previous year figure of 2 million, Amazon has reported a 20% surge in its newly formed Home Services department.

Amazon has reported an increase of 20%, on average, of its home services platform which includes services such as mounting TVs, plumbing, etc. This platform was launched last year.

The foray into this new market place enables the world’s largest online retailer to enter the lucrative field of local services, which is kind of crowded with review sites such as TaskRabbit, Yelp and Angie’s List.

The move is strategic since Amazon already has a customer pool of 85 million U.S. customers who regularly shop for products, the addition of local services makes sense because of those products need to be installed.

A spokeswoman for Amazon Home Services, declined to disclose the exact figures for the number of contractors who have so far signed up for the service. Erika Takeuchi, Amazon’s spokeswoman however disclosed that Amazon now offers 36 million pre-packaged services on its site, which is up from its previous year figure of 2 million, when it first launched the service.

Amazon’s Home Services are now available across the U.S. in 30 metropolitan areas. Amazon has said, customer orders have been particularly brisk in LA, NY, and Washington DC. 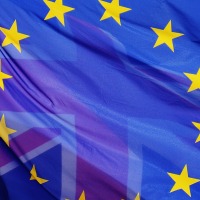