Last season the Stade Français won its 14th title, Brennus Shield. Is this a blessing for you, or just the beginning of a new era?

It’s not necessarily a blessing, it’s an achievement. When we took over the Stade Français a little over four years ago, our intent was to elevate the club to the very top of European rugby overall. Winning the title obviously helps advance that goal, validating the methods we have used and the vision that we have to develop a strong rugby team in Europe.

But the real achievement is when we prove that we can be in the running to win that title every year. We want consistency in our success, which is one of the most difficult things to achieve in sports. Especially in a sport like rugby, which is constantly evolving. The way to play rugby has changed in the last ten to fifteen years, and we can expect this trend to continue. To remain at the top would be the real achievement here. 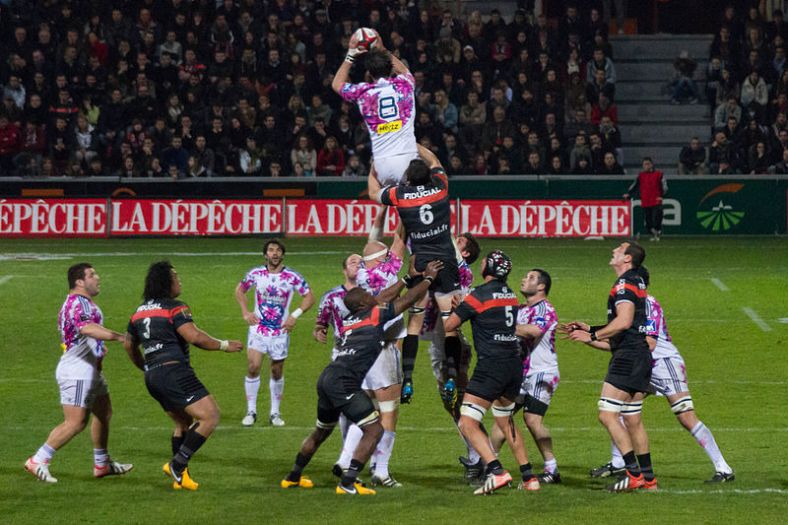 The situation of the Stade Français wasn’t really promising when you became its president. What are your strategies to move forward?

A part of our strategy was to focus on building up the academy. You need to have strong experienced players who are extremely skilled individually, but we also try to build a core team who has the spirit of the club and who understands what the club stands for, and that is what creates team spirit.

We struggled slightly at the beginning, but last year we reached a very strong cohesion, and knew we had built a team with players who truly care for each other. Synergy is the most difficult thing to accomplish in professional sports.

Until now, European rugby wasn’t much of a sport business. Today, this sport is increasingly professional, and you are part of that. What is your view?

Rugby has resisted entering professionalism. It’s one of the last popular sports to have become professional, just twenty years ago for most countries, and even more recent for countries like Argentina. Today, there is still a nostalgia for the good old days, when players didn’t get paid. And while some preferred when the sport was considered ‘amateur,’ there are many improvements to it today as a professional sport.

Its professionalism has also made it a more popular sport, which is good for the development of the game. More people are watching rugby on TV, especially thanks to the last world cups. Rugby 7s is also booming, being developed in many countries that previously weren’t playing rugby before, and it’s becoming an Olympic sport… Overall, I think professionalization is good for us, but we need to be careful about potential negative backlashes. Everyone involved in rugby is aware of this and with a strong governance in place, I think we are armed and ready for that.

It is well known that the French are unpredictable because of their intuition. You come from an engineering background, which is more ‘rational’. Do you also use your intuition as the manager of the Stade Français?

Fortunately I’m not a Rugby technician nor the one in charge of putting the game methods in place for our team. But you are right, the French have been famous for their unpredictable behavior, specifically when it comes to inventing new plays. But that is what has created the charm of French rugby… and its roughness.

Modern rugby has evolved and I think French rugby has to develop its way of playing along with the rest of the world. If you look at the winning clubs and the best playing nations in the world, what you would see is a very structured way of playing the game, with some room for creativity. It’s an easy thing to say but it’s really complicated to achieve. How can the players play by the rules, while also creating something new? A lot of the beauty of the game comes from those more spontaneous moments, where new groundbreaking plays are created.

You are the CEO of Oberthur Fiduciaire, one of the world’s leaders in security printing. What are some of the links between sports and the corporate world?

The Stade Français is also a company, in a sense. It’s a commercial entity, however its management is specific to professional sports and quite different from a company like Oberthur Fiduciaire. But many links can be found in the management of both entities. While a company would have employees evaluated once or twice a year, rugby players are evaluated once a week. Their team manager has to manage the spirit of the team almost on a daily basis. That is the link between the two worlds. In a company, the only thing that makes the difference is people – the way they are managed, motivated, the ability to give them clear directions and inspiring them to work together for others.

The Stade Français was founded in 1883, and Oberthur Fiduciaire in 1842, but today they are two institutions operating in the modern world. How hard is it to balance between tradition, history and the constrains of the modern world?

History is a strength. It’s important to understand the identity of a club, a group, a company and that is what history can give you. But the survival of the entity lies in its modernism. You need to be able to reinvent yourself all the time. It doesn’t mean forgetting the past but you need to reinvent your industry or your game, from the changes that you have seen throughout history. Innovation and adaptation are the keys of survival in both sports and business.

Stade Français’ marketing has evolved tremendously in these past years, with your predecessor Mister Guazzini and now with you as a president. How would you define the DNA or the fundamentals of the brand Stade Français?

There are a few characteristics within the DNA of the brand. One is to be a winning club, the very top of the league. I think that is one of the images people have when they think about Stade Français Rugby. It’s a title winning club. Innovation is another fundamental. The Stade Français has innovated its codes, colors, what it does outside of the stadium and its overall offbeat vision. We work seriously, but we don’t take ourselves too seriously either. That is part of what rugby is : it is also entertainment after all. Yes, there are the traditions, being over one hundred years old, but we are very much in the present time and we have a long future ahead of us.

Like Loading...
‹ By 2020, 5 million human jobs will be done by robots
SideChef trying to create a smart kitchen standard for devices ›