Apple CEO Tim Cook has been outspoken in his criticism of Facebook. Meta CEO Mark Zuckerberg is eager to repay the favor.

On Wednesday, at The New York Times DealBook summit, Zuckerberg slammed Apple, the most valuable American company, and the way the iPhone maker controls its App Store.

“Apple has sort of singled themselves out as the only company that is trying to control unilaterally what apps get on a device,” Zuckerberg said. “I don’t think that’s a sustainable or good place to be.”

Zuckerberg drew a distinction between Apple and Google. The latter allows users to install apps on their Android smartphones without having to rely solely on the Google Play store.

“They’ve always made it so you can sideload and have other app stores and work directly with phone manufacturers,” Zuckerberg said. “That’s also been our commitment in how we built up our VR and what we plan to do with our AR headsets.”

This year, Apple’s policies regarding third-party tracking have severely harmed Meta’s online ad business. The iOS privacy update for 2021 makes it much more difficult for Facebook and other ad-supported apps to target users with advertisements.

Apple’s changes, combined with macroeconomic challenges, have resulted in Meta reporting consecutive quarters of declining revenue. This year, the company has lost two-thirds of its value.

Cook has long been critical of Facebook’s business model, which is based on user data, and has even linked the company’s algorithmic model to violent action taken by extremist groups as a result of how the app recommends content.

“There is a conflict of interest” with companies that “deliver their apps exclusively through platforms that are controlled by competitors,” Zuckerberg said on Wednesday. According to Zuckerberg, platform operators are not neutral actors and have a variety of “strategic interests.”

Zuckerberg’s comments add fuel to the fire between Twitter and Apple. Elon Musk, Twitter’s new owner, claimed in a series of tweets on Monday that Apple had threatened to remove the Twitter app from the App Store as part of its app review moderation process.

“It’s going to be very interesting to see how this plays out in terms of the approaches he’s taking,” Zuckerberg said referring to Musk.

“I would guess that not everything is going to work, but I think some things might work,” Zuckerberg said.

“I tend to think that I don’t want one person or one company making those decisions, which is why we pioneered this oversight board for our content decisions,” Zuckerberg said. “People have a vehicle that they can appeal to outside of us.”

Like Loading...
‹ US Is Signalling A Transition Toward Slower Rate Of Interest Rate Hikes
EU Will Allow Use Of Cell Phones On Flights › 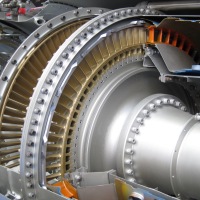