US Senate Has Passed A Comprehensive Climate, Tax, And Healthcare Package

The bill’s passage, a centrepiece of President Joe Biden’s programme, is a boost ahead of the midterm elections. However, it is a drastically reduced version of his administration’s first $3.5 trillion proposal.

The bill, which had been in the works for 18 months, was approved by a vote of 51 to 50 on Sunday, with Vice President Kamala Harris providing the deciding vote. Previously, it was blocked by two Democratic senators who shared Republican worries about the expense.

It will now be sent to the Democratically controlled House of Representatives, where it is expected to pass in a vote on Friday before being signed into law by the president.

The Inflation Reduction Act includes legislation that would empower the government to negotiate cheaper prescription drug prices through its Medicare health insurance programme for people over the age of 65.

According to nonpartisan Congressional Budget Office projections, this will save hundreds of billions of dollars over the next decade.

The plan also includes a minimum 15% tax on most firms with income of more than $1 billion each year. This policy, which has been a source of debate in Congress, is opposed by business organisations, who claim it will limit investment.

Some households might receive up to $7,500 in tax credits for purchasing an electric vehicle, or $4,000 for purchasing a secondhand vehicle. Billions of dollars will also be spent to accelerate the production of clean technology such as solar panels and wind turbines.

In addition, $60 billion will be distributed to communities that have suffered the most as a result of fossil fuel pollution. The bill’s authors claim that it will reduce carbon emissions by 40 per cent by 2030.

The climate action comes as the United States is experiencing a surge of extreme weather, including a recent heatwave and disastrous flooding in Kentucky that killed scores.

On Monday, President Biden toured flood-damaged districts of the state.

Flooding is caused by a variety of variables, but a warming atmosphere induced by climate change increases the likelihood of heavy rainfall. The world has already warmed by around 1.1 degrees Celsius since the beginning of the industrial age, and temperatures will continue to rise unless governments around the world drastically reduce emissions.

Senate Democratic Leader Chuck Schumer stated: “The Senate is creating history after more than a year of hard effort. This bill is for Americans who have lost trust in Congress’ ability to do great things.”

Senator Brian Schatz, a Democrat from Hawaii, was said to be in tears as he exited the chamber.

“Now I can look my kid in the eye and say we’re really doing something about the climate,” he said, according to the New York Times.

Some Republicans have stated their intention to obstruct or hinder the bill’s advancement.

Florida Republican Senator Marco Rubio claimed it was out of touch since it did not help cut prices for working people or keep criminals in prison – “the things working people in this nation worry about.”

Manchin was concerned that the previous bill would have increased inflation.

President Biden, who has dubbed the law “historic,” has promised to restore the United States to the international scene in terms of climate action.

He vowed in April of last year to reduce greenhouse gas emissions by at least 50% by 2030. He promised $2.2 billion in funding last month to assist create infrastructure that can resist extreme weather and natural calamities.

This isn’t the all-singing, all-dancing climate bill that Joe Biden promised when he was elected, but if it succeeds, it will be the most ambitious step the US has done to attempt to prevent the earth from overheating.

The indirect consequence could be considerably more severe.

However, the United States faced a credibility crisis.

“You can’t preach temperance from a bar stool,” is how one Democratic senator put it.

He implies that you can’t ask India, China, or Brazil to reduce emissions unless you first reduce your own.

However, with the United States leading by example, it is hoped that worldwide efforts to combat global warming would be revitalized. 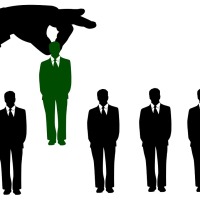 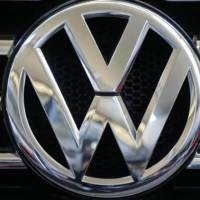 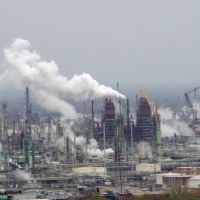