Fears that the Ukraine-Russia crisis would impair global supplies are driving up oil and gas prices.

On Tuesday, the price of Brent oil, a global benchmark, hit a seven-year high of $99.38 a barrel.

The FTSE 100 stock index began 1.4 per cent down in London before rebounding ground and turning positive.

Asian stock markets, on the other hand, ended the day down, and US stock exchanges were bracing for losses.

Russia, the world’s second-largest oil exporter after Saudi Arabia, has been threatened with sanctions by the United Kingdom and other western allies. Russia is also the world’s leading natural gas producer.

On Tuesday, German Chancellor Olaf Scholz took the historic move of banning the Nord Stream 2 project, which would have sent gas straight from Russia to Germany.

According to Sue Trinh of Manulife Investment Management, the Ukraine-Russia issue might have “significant ramifications” for oil prices, which have risen more than 10 per cent since the beginning of the month.

She noted that sanctions requiring Russia to deliver less petroleum or natural gas would have a “significant impact on the world economy.”

Oil might rise beyond $100 a barrel, according to Maike Currie, an investment director at Fidelity International, owing to a combination of the Ukraine situation, a severe winter in the United States, and a lack of investment in oil and gas supplies throughout the world.

“Russia accounts for one in every 10 barrels of oil consumed globally, so it is a major player when it comes to the price of oil, and of course, it’s really going to hurt consumers at the petrol pumps,” she said.

For a number of years, the US and EU have imposed sanctions on Russia, which have had a “huge impact” on the Russian economy.

Sanctions on financial institutions, technology such as chips, and individuals are likely to be “deepened,” according to Currie.

Although Russia produces the majority of the oil and gas that the UK buys, if Russian supplies are restricted, wholesale prices are expected to rise throughout the world.

According to analysts, this might drive up already high inflation rates in the UK and worldwide.

Investors appear to be worried about the events in Ukraine, which occur as the global economy continues to recover from the effects of the coronavirus outbreak.

The Nikkei 225 market in Japan sank 1.7 per cent, while the Shanghai Composite dropped over 1 per cent.

Both the Dax index in Germany and the Cac 40 in France began down, but quickly recovered and became positive.

However, the US stock market is expected to open lower.

According to Song Seng Wun, an economist at CIMB Private Banking, a probable conflict is on investors’ thoughts, placing markets in a “deep sea of red.”

“There are fears that freight and shipping costs, that are already at elevated levels, will climb higher because of demand-supply disruptions,” he said.

There had been “another major sell-off on global markets,” said Russ Mould, investment director at AJ Bell.

Investors have been selling commodities producers, he added, “especially those with exposure to either Russia or Ukraine, as well as technology and tourism firms.”

Like Loading...
‹ Women Now Hold About 40% Of Board Seats In UK FTSE 100 Companies
Canada announces first round of economic sanctions against Russia › 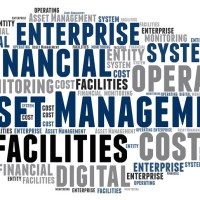