In a statement global index provider MSCI Inc said, it was closely monitoring developments in Ukraine as well as access to the Russian equity market in the face of possible investment sanctions midst rising concerns of a potential Russian invasion.

More than 100,000 Russian troops are conducting military exercises near its border with Ukraine.

Moscow has denied Western accusations of a potential invasion, but has said it could take unspecified “military-technical” action unless its range of demands are met, which includes barring Kyiv from ever joining the NATO alliance.

Western accusations of a potential invasion, led by the United States has fuelled cries of war. Washington is even relocating its embassy in Ukraine from Kyiv to the western city of Lviv, said US Secretary of State Antony Blinken.

Western countries have threatened sanctions on an unprecedented scale if Russia does indeed invade Ukraine, with the Group of Seven large economies (G7) warning of “economic and financial sanctions which will have massive and immediate consequences on the Russian economy”. 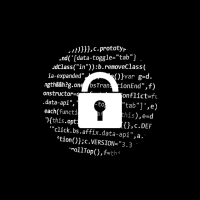