UAE and Turkey sign investment accords worth billions of dollars

The agreements were signed following a visit by Sheikh Mohammed to Ankara, a first in years.

The development comes at a time when the Turkish Lira is depreciating heavily against the US dollar. The visit also mends frayed ties between the two countries.

The memorandums of understanding were signed between the Abu Dhabi Development Holding (ADQ), Turkish Wealth Fund (TVF), and the Turkish Presidency Investment Office, as well as with some Turkish companies. The agreements highlight the countries’ pivot towards partnership after a battle for regional influence since the Arab uprisings erupted a decade ago.

Like Loading...
‹ US to auction 32M of sour crude from 4 Strategic Petroleum Reserves sites
Ruling by Poland’s Constitutional Tribunal widens possibility of Polexit › 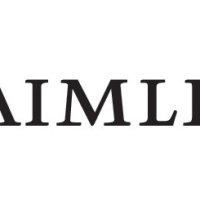