Data released on Thursday showed that the pace of growth of inflation in Germany for the month of September was a record of sorts. The data underscored the increasing price pressure on the largest economy of Europe as it attempts to recover from the Covid-19 pandemic even as manufacturing companies of the country struggles to address to shortages in supply of materials.

Data form the country’s Federal Statistics Office showed that there was a 4.1 per cent year on year growth in consumer prices, harmonised to make them comparable with inflation data from other European Union countries, in the country in September while it was at 3.4 per cent in the previous month of August.

The September rate of inflation was the highest rate on record for the country since January of 1997 which the when the EU-harmonised series started.

The highest rate of inflation growth was noted for the price of energy and food items for the month, showed a breakdown of the data.

According to experts, one-off factors have resulted in a surge in inflation in the current year which included tax hikes, global supply chain bottlenecks as well as sharp rise in commodity prices. That has given rise to a debate over the requirement of exceptionally loose monetary policy.

According to estimates made earlier this week by the Bundesbank, it is likely that inflation in Germany will continue to rise further from the present levels and is slated to remain over the 2 per cent mark till middle of next year. That was more than the European Central Bank’s objective for maintaining a level of inflation for the 19-nation eurozone.

While the new year will see the fading away of the one-time impacts, prices will likely remain high because of other factors such as natural gas and coal supply issues, said Fritzi Koehler-Geib, chief economist at state lender KfW, in a report.

“Energy prices are currently also rising for other reasons: For example, there are shortages of coal and natural gas and supply problems on the part of Russia and Norway. In addition, the cold past winter has emptied stocks, and wind energy is suffering a weather-related lull,” said Koehler-Geib.

“As a result, energy prices are likely to remain high until the end of the year, with gas and electricity components pushing them up sharply. This should keep headline inflation well above 3% for the rest of the year, before slowly falling back below 2% in mid-2022,” she added. 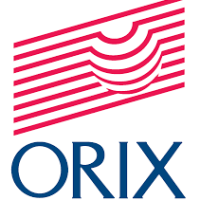