In a significant development, Kimberly Reed, the head of the Export-Import Bank of the United States (EXIM) urged the incoming Biden administration to build on gains made by the Trump Administration to neutralize Chinese export subsidies and provide U.S. companies a level playing field against competitors.

Reed, who will be leaving her job on Wednesday after 20 months in office stated, she was confident that restoration of the bank’s full lending powers had strengthened the competitiveness of U.S. companies and helped level the playing field, while warning that much remains to be done.

The Trump Administration played a pivotal role in supporting the bank and supported it by working with Democrats in Congress.

At the end of 2019, EXIM had secured a seven-year reauthorization, the longest in its 87-year history, as part of a spending bill that won strong bipartisan support.

Reed leaves the bank with a pipeline of some $39 billion in projects that will support some 147,000 jobs, and expressed confidence that President-elect Joe Biden understood the challenges posed by Beijing, which typically offers aggressive financing terms to clinch big business deals.

The Trump Administration has focused on pushing back gains made by Chinese companies in technology and trade deals, using EXIM financing as a means to make inroads in countries that had become heavily reliant on trade with China.

“Our approach to the People’s Republic of China throughout this administration has been very strong and very significant,” said Reed. “Our country is in a much stronger position now, and I hope that President-elect Biden will continue this effort.”

The new congressionally mandated China program calls for EXIM to dedicate 20% of its total financing authority, or $27 billion, to provide loans, guarantees and insurance at rates and terms that are competitive with those offered by Beijing.

In 2019, the bank had approved one of its biggest deals in its history, $4.7 billion in assistance for a liquefied natural gas project in Mozambique, displacing offers from China and Russia.

“Big projects included $91.5 million in loan guarantees to support the export of design engineering and construction services to Senegal, a deal that will help bring electricity to some 330,000 people in more than 400 villages,” said Reed. 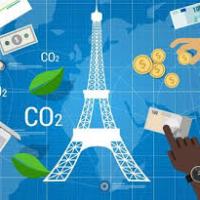