In a development that marks an intensification in the cracking down on Chinese billionaire Jack Ma’s financial technology empire, Chinese regulators are reviewing equity investments held by Ant Group Co Ltd in dozens of companies, said three sources with knowledge of the matter at hand.

According to one of the three sources, regulators are considering whether to instruct Ant to divest some of its investments mainly in fintech startups and in the technology space, as they searches for potential non-compliance to any rules including for creating unfair competition in the market.

Any such potential divestments would significantly scale back Ant’s traction in China’s fast-growing fintech space where in recent years it had sought synergies with existing businesses via several investments.

Last week Chinese regulators announced an antitrust investigation into Ant’s sister firm Alibaba and ordered Ant to shake up its lending and other consumer finance operations.

Regulators are looking into the rationale behind investments made by Ant in the last few years, including their synergies.

All three sources preferred the cover of anonymity since they were not authorized to speak to the media.

Ant has begun approaching prospective buyers including private equity firms for potential divesting its holdings in more than a dozen companies, including domestic bike-sharing start-up Hellobike.

According to a fourth source with knowledge of the matter at hand, Ant has yet to receive any guidance from regulators about disposing its equity investments.

Incidentally, the regulatory scrutiny comes in the wake of Jack Ma’s criticizing China’s regulatory system in October saying it stifled innovation. Regulatory crackdown on Jack Ma’s empire began after this incident. Ma’s criticism triggered a chain of events, including torpedoing Ant’s $37 billion IPO, which would have been the world’s largest, in November.

Like Loading...
‹ Honda to stop selling autos in Russia from 2022
Scotland will be back soon, Europe: Scotland’s First Minister Nicola Sturgeon › 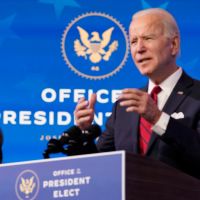