Home › Geopolitics › Its UK Future Minus A Brexit Deal Will Be Detrimental For It, Warns Nissan

Its UK Future Minus A Brexit Deal Will Be Detrimental For It, Warns Nissan

Japanese car maker Nissan has warned that Britain’s biggest car plant “will not be sustainable”if there is no deal Brexit with the deadline of the final exit of the United Kingdom from the European Union draws near.

There will be increase in costs because of no a deal Brexit for the company which has 7,000 employees at its Sunderland factory.

Further production would also slow down if there is additional time required for the delivery of car components from overseas suppliers because of new customs checks, the car maker cautioned.

There is less than 10 days left for the UK to secure a deal that will dictate the rules of trade with the EU, the later has warned.

The two parties need to come to an agreement on trade by the next week szince there wil be time required for getting the deal ratified prior to the end of the transition period which  ends of December 31, Nissan said.

“If it happens without any sustainable business case obviously it is not a question of Sunderland or not Sunderland, obviously our UK business will not be sustainable, that’s it,” Nissan’s chief operating officer Ashwani Gupta said.

There were recent reports that Nissan and Toyota Motor Corp wil be asking the UK government to compensate them for costs incurred from any no-deal Brexit. Gupta denied the reports saying that the company was not looking out for nay any such compensation.

“We are absolutely not thinking that and we are not discussing it,” he said.

The viability of its business in the UK will be under threat because of the potential additional costs from tariffs and possible border delays, Nissan had warned previously in June.

The biggest customer of the cars made at the Sunderland factory’ was the EU, Gupta said, and added warned that in the absence of a tariff free access to the EU market would result in Nissan not being able to maintain its commitment.

“We are the number one carmaker in the UK and we want to continue,” he said. “Having said that, if we are not getting the current tariffs, it’s not our intention but the business will not be sustainable. That’s what everybody has to understand.”

Having opened in 1986, the Sunderland factory of Nissan is scheduled to manufacture the company’s new hybrid Qashqai model which is to hit the markets next year. This is the the third generation of the Qashqai, which came out in 2006 and is the plant’s most successful car.

Juke and electric LEAF models are also made at the Sunderland factory.

Nissan is willing to agree to meet Britain’s revised plan of advancing the timeline for banning of sale of new petrol and diesel cars and vans from 2035 to 2030, Gupta added.

“That is not only the UK’s transition plan, every country is talking about electrification. We are ready,” he said. 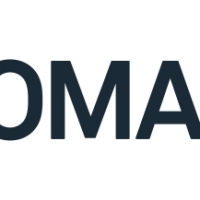