Following the United Kingdom threatening on Monday to undermine the exit agreement between Britain and the European Union unless the EU agreed to free trade terms by next month, the exit of the UK from the EU seem to have been pushed into a fresh crisis.

New legislation to override parts of the Brexit Withdrawal Agreement it signed in January were reportedly being planned by the UK Prime Minister Boris Johnson’s government in what is yet another twist in the divorce of the UK and EU since Brexit was narrowly ratified by UK voters in four years ago.

In addition to putting at risk the entire agreement, this posture by the UK could also create frictions in British-ruled Northern Ireland where special arrangements had been made to avert a hard border with Ireland to the south. That could be detrimental to a peace agreement.

According to a report published by the Financial Times newspaper citing three people familiar with the plans, parts of the new internal market bill are expected to “eliminate the legal force of parts of the withdrawal agreement” in some areas such as state aid and Northern Ireland customs.

The possibilities of a turbulent final departure from the EU on December 31 could be enhanced as well as tarnish Britain’s global prestige if such a step was taken, EU diplomats reportedly said. The report was revealed just prior to new Brexit talks in London.

The UK government had neither denied nor confirmed the report.

While working to solve the outstanding disagreements about Northern Ireland with the EU, the UK government was also contemplating fall back options, said a UK government spokeswoman. “We will always reserve the right to act in the best interests of Northern Ireland and the UK’s internal market,” she said. “Our top priority is to preserve the huge gains from the peace process and the Belfast (Good Friday) Agreement, as well as protecting Northern Ireland’s place in our United Kingdom.”

Currently the EU and Britain are in a transition period after Britain officially left the EU on January 31 this year. It is important for both parties to arrivee at a trade agreement before December 31 this year else the trade between the two parties would be held under World Trade Organization rules.

London has set a deadline of October 15 to strike a deal.

“If we can’t agree by then, then I do not see that there will be a free trade agreement between us, and we should both accept that and move on,” Johnson was to say on Monday, according to his office.

Britain’s threat of stalling the process was referred to as a game of Brexit chicken by European diplomats who also added that Britain was challenging the EU to blink first.

Some even mentioned that a no-deal Brexit could be useful for Johnson to distract people away from the coronavirus crisis. 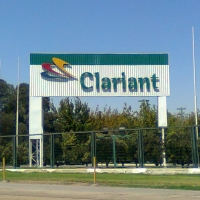