While reporting a 188bn kroner loss in the first half of the year, Norway’s sovereign wealth fund – the largest in the world – also issued a warning there could be further volatility in the financial markets because of the novel coronavirus pandemic has not yet come under control..

A 3.4 per cent drop in returns in the first six months of 2020 was reported by the fund which was equivalent to a 188bn kroner decline as the investments made by the fund lost out since early March with a sell-off in the markets because of panic selling by investors due to the pandemic.

The global financial markets were not yet reflecting the actual economic impact of the pandemic which was still not under control “in any shape or form”, even though “massive” state support packages by various countries has managed to restore investor confidence, said the fund’s deputy chief executive, Trond Grande.

But if the pandemic cases saw a surge in numbers in the later part of this year, there could be further market volatility, he also warned.

“We could be in for some turbulence this fall as things unfold and whether or not the coronavirus pandemic recedes, or gains some force,” Grande said, and the full impact on sectors such as travel and leisure was yet to be seen.

State support for national economies may not be sustainable long-term, said the fund’s deputy.

There can be further pain for the sovereign wealth fund if there is a further drop in share prices. The wealth fund was founded in 1996 and invests the country’s oil revenues abroad to shield its economy from market turmoil. Almost 1.5 per cent of all globally listed shares is owned by the fund with investments in more than 9,000 listed companies.

The biggest declines in the first six months of 2020 were seen in the shareholdings in oil and gas companies of the Norwegian fund. With the price of oil plunging to historic lows with a very sharp drop in demand for oil because of the pandemic, the oil stocks in which the fund was invested lost about 33.1 per cent of their value.

There was also poor performance of the banks in which it is invested with a 21 per cent decline in value of financial stocks in the first six months of the current year. Lower interest rates and higher provisions made by bank for future defaults on loans hit the profits of banks, with a number of the major economies of the world being plunged in to recessions due to the economic impact of the pandemic. And following pressure from regulators on banks to either scrap or reduce dividends at the start of the year and a consequent a drop in shareholder payouts, the fund also reported a drop in returns from its investments in Norway. 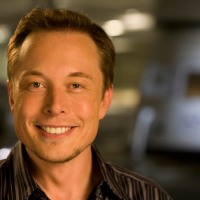