Japan’s June Exports Drop Again, For The 4th Month In A Row

The novel coronavirus pandemic has severely hit global demand resulting in the exports of Japan dropping by double digits in the month of June, marking the fourth straight month of exports decline. This has again reinforced the anticipation that the Japanese economy has already sunk into a deep recession which is the deepest in decades.

Plunging demand for cars and auto parts has resulted in Japanese exports and shipments to the United States dropping by almost half in June. There was also weakness in exports to China. These figures pointed out to the absence of a strong growth engine which could spur the global economy.

Since March, when many governments had imposed lockdowns and travel restrictions to prevent the spread of the novel coronvirus pandemic and people were forced to stay back in their homes, there has been a plunge in global demand for cars and other durable goods.

Analysts say that the latest Japanese data could diminish hopes for a quick rebound in global demand s well as for the export-dependent Japanese economy even though more countries have now started re-opening their economies.

“Exports are likely to seesaw for the time being,” said Takeshi Minami, chief economist at Norinchukin Research Institute and noting a surge in fresh cares of the virus infection in Japan and the United States.

“If domestic and external demand remain sluggish for a prolonged period, supply capacity could be slashed, triggering a jump in bankruptcies and job losses in the latter half of this fiscal year.”

A huge drop in the export of cars, the main export item of Japan, to the United States, aggravated the drop in exports.

Japan’s largest export market in 12018 was the United States followed by China. Th major export items of Japan are cars as well as car motors, car parts and chip-making machinery.

With decline in shipments of chip-making machinery and chemical materials caused a 0.2 per cent drop in Japanese exports to China, the largest trading partner of Japan, in the year to June, despite an increase in exports of nonferrous metal and car shipments.

In the first quarter of the current year, Japanese economy slipped into a recession for the first time in 4-1/2 years and according to analysts, it is on course to clock its deepest postwar recession. 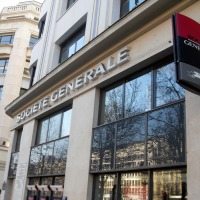