According to the allegations made by a green campaign group, consumers in the European Union are being falsely made to purchase unethically sourced timber from Ukraine as being ethical and sustainable because regulations in the Ukrainian forests is not proving to be enough to prevent environmentally unsustainable logging that is harming wildlife.

Following an investigation made by the environmental charity Earthsight, tree felling in the forests of Ukraine is happening in silent periods when forests are supposed to be left intact in order to allow birds and other wildlife to nest and reproduce.

According to a report by Earthsight, it is apparent that loggers were taking advantage of the loopholes in regulations that allow for “sanitary felling” even during the silent periods. Regulations allow sanitary felling on occasions to prevent the spread of disease and pests such as the European bark beetle. However making an accurate judgment of the extent of tree felling required for this purpose is often difficult. It is also difficult to ascertain whether such forest harvesting is taking place under strict controls.

According to Earthsight, companies that supply the Swedish furniture maker Ikea is being fed some of the wood that is allegedly felled during silent periods. Such allegations have been denied by Ikea, and have said that any supplier that is found to breached its stringent rules on sustainability would be removed from its list of suppliers.

“Ikea does not accept illegally logged wood in our products. When we encounter any information that indicates wood which does not meet our requirements has entered or is at risk of entering our supply chain, we take immediate action,” the company said.

Several audits across Ukraine and Romania had been carried out by the company’s forestry specialists last year and it had found no evidence of illegally logged wood, the company said. It added that it had conducted the latest audit of the supply chain that has been indicated in the Earthsight report as late as April of this year and the company found no irregularities in the felling of trees.

An independent audit of VGSM, the Ikea supplier named in the Earthsight report as allegedly being engaged in felling timber in contravention of the regulations, is being carried out, the company said.

“We take the issues raised by Earthsight’s recent report very seriously and immediately began investigations with all mentioned partners,” said a spokesperson for Ikea.

According to a report published in The Guardian, VGSM said that the forest cited in the Earthsight report, Velykyi Bychkiv, was being operated within Ukrainian regulations. The Ikea also pointed out “the absurdity of the law” and conflicts in the law that establishes a silent period in which trees may not be felled in order to protect diversity and the laws that are used for sanitary felling. “How is it possible to simultaneously carry out sanitary measures in the shortest possible time but at the same time postponing it for two and a half months [because of the silent period]?” the supplier said. 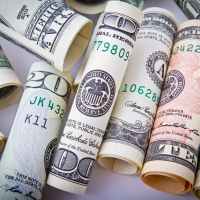