The European Commission aims to make investments in strategic businesses and companies that have been wrecked by the novel coronavirus pandemic and the executive arm of the European Union has proposed to set aside a fund of 15-billion-euros for that purpose.

This proposal however now needs to be approved by EU governments and lawmakers. This move by the EU was announced after reports emerged of strategically companies becoming vulnerable to hostile takeovers because of falling share prices and with significantly reduced funding opportunities because of the coronavirus pandemic crisis.

EU industry commissioner Thierry Breton told a news conference on Friday, that under the new proposal, the EU plans to purchase stakes in, or offer loans to, strategic companies in sectors such as healthcare, space, defence, digital and green technologies.

Following reports that the United States administration was reportedly trying to gain access to Germany-based CureVac, which is a biotech firm working on a new technology that could slash costs for vaccines, there was were multiple reports of concerns over the vulnerability of some European companies in March.

80 million euros to CureVac was promised by the EU Commission.

Breton said that the EU financial support would go to companies “that need more capital to continue their expansion”. He added that it would also allow firms to shun help from unwanted partners.

However compared to the hundreds of billions of dollars that the large sovereign wealth funds have to invest in strategic firms, this new fund from the EU is tiny. However, its financial firepower is expected to be boosted by attracting private investors with guarantees.

An EU document said that the Commission estimates that in the 2021-2027 period the 15 billion euros, which will be borrowed on financial markets, “could generate investments of up to 150 billion euros”.

The proposed fund is a part of the wider EU plan to lend support companies that are in dire need of financial capital support.

There are some other proposals that have been proposed by the EU which include a 26-billion-euro “solvency instrument” that would led temporary support to healthy companies that have been hit by the novel coronavirus pandemic. Another fund worth 15.3-billion-euro has also been proposed that is aimed at making investments in invest in smaller firms and companies active in infrastructure, research and social issues. 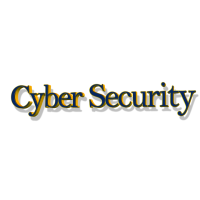