China’s coronavirus outbreak has claimed it first big M&A deal. Melco Resorts & Entertainment Ltd, a Macau casino operator, has decided to not pursue its purchase of a stake in Australia’s Crown Resorts Ltd citing a plunge in traveler numbers and casino closures.

Macau, the world’s biggest gambling hub, has ordered casino operators to suspend operations for two weeks in order to contain the spread of the coronavirus. According to analysts, the move is likely to lead to months of cashflow issues across the industry.

Flight cancellations have also hit the tourism industry hard in the industry with factory closures compounding the problem said a key source of international gamblers.

The developments were seen as the last straw for Melco’s planned purchase of a second 9.99% stake in Crown from billionaire James Packer. The total planned acquisition of a 19.99% holding was valued at $1.2 billion (A$1.76 billion) when it was announced last May.

Even before the pandemic, the deal had raised regulatory concerns over links to Stanley Ho – father of Melco owner Lawrence Ho, who previously was under investigation by authorities in Australia and the United States for possible ties to organized crime.

In August 2019, Packer had frozen the sale of the second tranche pending an investigation into alleged criminal activity at Crown’s Australian operations.

“Any further acquisition of Crown would have likely been a bigger bite than Melco could reasonably handle. The reining in of what was beginning to look like an empire build should be looked on favorably by Melco shareholders,” said Vitaly Umansky, analyst at Sanford C. Bernstein in Hong Kong.

In a statement, Melco blamed the epidemic which has so far killed at least 630 people, saying it wants to focus on its core investments.

Incidentally, Melco makes the bulk of its revenue in Macau, where there have been at least 10 confirmed cases of the infection. 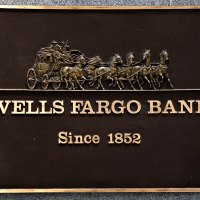