Tesla has posted its second quarterly profit in a row following a record number of vehicle deliveries; it said it expects to deliver more than 500,000 units in 2020.

With the news reaching the market on Wednesday, the electric carmaker’s shares surged to new highs. Tesla’s shares rose 13% to $654 after hours and for the first time cracked the $600 mark ceiling.

Saying its manufacturing process at its new Shanghai factory was running as expected Tesla said it would increase production of the Model 3 following a strong demand in China.

Investors are now betting that Tesla has ironed out its production, legal and management issues and is leading the industry on technological innovation for next generation of cars.

Tesla said it “should comfortably exceed” 500,000 vehicle deliveries in 2020, up from 367,500 in 2019. It went on to add, cost efficiencies and high production volumes should enable it to ultimately reach an industry-leading operating margin. Tesla had reported a 4.9% operating margin in its fourth quarter.

“The point Tesla is already starting Model Y production in Fremont was the most notable item in the release. For a company that has always been late, this is a big improvement. First they were looking at a late 2020 Model Y ramp, then pulled forward to summer time, and now we have production in 1Q20,” wrote Craig Irwin, an analyst at Roth Capital Partners in a note.

Tesla’s cost efficiencies have become apparent when comparing revenue and profit on a per-vehicle-basis. A review of Tesla’s results showed that even though revenue per unit delivered rose by only 3% on a quarterly basis during the fourth quarter, operating profits per vehicle rose by around 19% in the same timeframe.

Tesla’s stock has more than doubled in value since the company posted a third-quarter profit and has beaten market estimates for 2019 vehicle deliveries; Tesla has also ramped up production at its Gigafactory in China.

“It has a fantastic brand, formidable manufacturing capabilities and (by all accounts) a fabulous product; but is it really worth more than Volkswagen,” opined Nicholas Hyett, an analyst with Hargreaves Lansdown.

Last week, Tesla overtook Volkswagen as the second most valuable carmaker behind Japan’s Toyota Motor Corp. Volkswagen produced around 11 million vehicles in 2018 and reported an operating profit of $15.44 billion (13.92 billion euros) in 2018.

Tesla’s production of the Model Y in California and in its Shanghai factory is expected to “temporarily weigh on margins.”

A strong demand for its vehicles across Europe and in China has led to a surge in cash balance – $6.3 billion. During the October to December 2019 period, Tesla’s operating expenses rose by less than 1% to $1.03 billion, its debt however has remained steady to $13.42 billion as of the end of 2019.

However, its new initiatives, which includes the construction of its first European factory in Germany, a new generation of the Tesla Roadster, an electric pickup truck, and automated driving features, are likely to weigh on its cash pile.

Tesla has yet to catch up on its rival’s steady profits per vehicle – a key metric that is closely watched by auto analysts to compare carmakers in the industry.

Excluding items, Tesla reported an earnings per share at $2.06, against an analysts’ expectation of $1.72, according to IBES data from Refinitiv.

Tesla’s revenues also rose to $7.38 billion from $7.23 billion a year earlier against an analysts’ expectation of $7.02 billion. 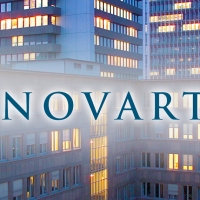 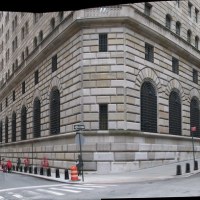 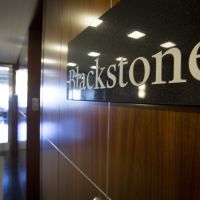