While the global financial markets have been spooked by the rate of spread of the novel coronavirus, which originated in China, the energy companies and markets are still trying to assess the economic impact this outbreak could have.

“The coronavirus, I’m sure, will keep a lot of people on edge — and rightly so,” Ben van Beurden, CEO of Royal Dutch Shell, said in a television interview on Thursday.

“It is a very concerning development, a lot of people will be anxious and of course we are monitoring very closely what is happening,” he added.

With lurking concerns and fears of a significant drop in demand for oil that could hamper growth of the industry, a tough and uncertain energy market apparently is staring at the chief executive of Royal Dutch Shell who is preparing to meet the market challenges.

There is also a speculation that there can be an extension of the production cuts of oil by OPEC and allied non-OPEC producers with the aim of support dropping oil prices.

Following a market rout that pushed both crude benchmarks to their lowest level since October, prices had steadied in recent sessions.

“I am absolutely convinced — and that is what we are seeing at the moment — that it will not help sentiment,” he warned. “At this point in time, sentiment in oil markets is not so much sentiment about supply, it is all sentiment in demand.”

As of Wednesday, Chinese health officials have confirmed 170 deaths because of the virus and about 7,711 cases of infection of the deadly pneumonia-like virus.

After emerging from the Chinese city of Wuhan, the coronavirus has spread to other major cities of the country including Beijing, Shanghai, Macao and Hong Kong. It has also spread to other countries with multiple cases of the virus infection being confirmed in Thailand, Vietnam, South Korea, Malaysia, Japan, Australia, France and the United States.

Their first cases of the virus have also been recently confirmed by Germany, Cambodia, Sri Lanka, India and the Philippines.

The World Health Organization’s (WHO) Emergency Committee is expected to soon decide on whether the virus should be declared a global health emergency.

Experts who have compared the spread of the coronavirus with that of SARS have said that the incubation period of the new virus strain is much longer than the SARS virus which makes it more deadly. The SARS outbreak had happened in 2003.

According to the WHO, the SARS outbreak has resulted in 774 deaths and 8,098 reported cases of infection during the period of infection (2002-2003). That means one almost one in ten people infected with the SARS virus were killed.

“I think we have to prepare for a tough and uncertain macro. We do that in our company by making sure that our investments are resilient … I think that’s the best way to inoculate ourselves against an uncertain future,” Ben van Beurden said.

Like Loading...
‹ Virus Fears Force Global Airlines To Suspend Or Scale Back China Flights
US Court Orders $1.1bn Fine On Over Patent Infringement › 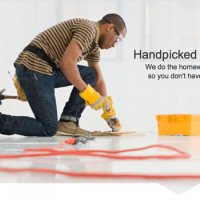 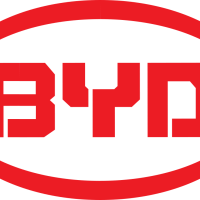 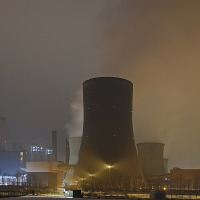