This is the first time that Twitter will be removing on such a large scale inactive accounts. The reason behind this move, as stated by Twitter, is because such inactive account holders are unable to agree to the company’s updated privacy policies because they had not logged in for a long time.

Removal of dormant accounts from people’s follower counts will also enhance credibility, said a spokeswoman of the company which would otherwise have given the user a false sense of importance. The first lot of inactive accounts that Twitter would be deleting are registered outside of the United States, the company said.

According to the rules of the company, if any account is not logged into for a period of six months, the company will consider such accounts to be inactive.  Twitter however said that contrary to what some users on the network have suggested, this effort of the company is not to free up usernames.

That said, previously unavailable usernames will start coming up for grabs after the 11 December cut-off – though Twitter said it would be a gradual process, beginning with users outside of the US.

In the future the company will also look into those accounts where the account holders log in but do nothing on the platform, the company said. The firm uses many signals to determine genuine human users – not just whether they interact with, or post, tweets, a spokeswoman for the company said.

Users of accounts that will be affected by the deletions have been sent out emails by the company already. However Twitter did not say anything about the number of accounts that it has deemed to be inactive for more than six months even though experts have said that it would run into millions. More tonics will be sent out by the company closer to the deadline.

Twitter’s reported user numbers will not be affected by this culling because the usage level of the company is determined only on the basis of those users who log in to their accounts at least once a day.  Twitter has 145m “monetisable” daily active users (those account holders who come into contact with Twitter’s advertising on a daily basis) according to its latest earnings report.

“As part of our commitment to serve the public conversation, we’re working to clean up inactive accounts to present more accurate, credible information people can trust across Twitter,” the firm said about the upcoming account removals. 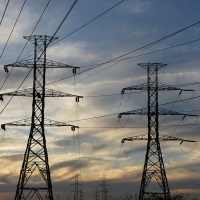