While China’s import of coal has already risen by 9.5% in the first 9 months of the year, traders ad analysts opine that it could reach 300-320 million tonnes by this year end.

On Tuesday, traders and analysts stated, China is on track to boost the import of coal by more than 10% this year. This is significantly higher than earlier expectations that China would cap their import at 2018 levels.

According to customs data, China’s coal imports have surged by 9.5% in the first nine months of this year to 250.57 million tonnes and at least 18.84 million tonnes of seaborne coal are scheduled to arrive at Chinese ports by this month, according to vessel-tracking and port data compiled by Refinitiv.

With China typically bringing in about 7 million tonnes more a month on trucks and trains from Mongolia and Russia, total volumes are likely to reach 276 million tonnes well before the end of the year.

“Signs are emerging of a modest recovery in coal import volumes into China, which has led to recent market speculation that the Chinese government may allow a relatively modest uplift in annual imports to around 300 million tonnes,” said Whitehaven Coal Ltd, Australia’s largest independent coal producer.

According to IHS Markit, China is on track to import around 320 million tonnes of coal this year.

As per some Singapore-based coal traders, Chinese coal imports could reach at least 305 million tonnes.

The rise in import of coal by China goes against its pledge to curb the usage of coal in order to tackle severe persistent pollution in its cities.

Last year it took drastic measures to cap its shipments, halting all clearance of coal cargoes at major ports in December, which sent imports plunging to just 10 million tonnes that month, down from an average monthly level of 22 million tonnes.

“Government priority at this moment is to boost the economy … Relaxing coal imports curb would help maintain a moderate coal price and therefore cut electricity prices in order to reduce energy costs for Chinese enterprises,” said Liu Xiaomin, an analyst at IHS Markit.

However, customs authorities could still take such action, warned traders and analysts while adding that they are closely watching for any change in import policy.

“The market is full of uncertainties at this moment. We have to wait until at least the end of October to see if a new policy will come out,” said a Beijing-based coal trader with a leading German power company. 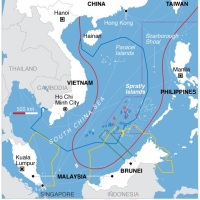