Analysts Say Global Economy Could Be In A Growth Recession

Some economists fear that a recession could hit the American economy. Those worries are exacerbated by the memories of the last financial crisis because the financial crisis was unfolding furring the last global recession in 2008. Businesses had shut down, FDP growth tumbled and millions in America loss their jobs back then.

However all recessions are not similar to the last one. It is sometimes possible for an economy to grow all throughout a recessionary period. This is what is actually believed by some economists who claim that the global economy is going through a recession- it is just that people are yet to realize it.

“By our metrics, we’re in a global growth recession,” said Alessio de Longis, senior portfolio manager at Invesco. “As we enter 2020, growth is slowing and it’s slowing in a synchronized way.”

A growth related recession happens when the growth of an economy is lower than trends and continuously decelerates. The average growth rate that sustains unemployment and inflation at a stable level is called the trend growth.

De Longis said that there has been a growth of a trend rate of roughly 3 per cent for the world economy. According to the World Bank, the global GDP grew at a pace of 3.04 per cent in 2018. According to the forecast of the International Monetary Fund issued earlier this month, the growth rate of the global economy in the current year will be at 3 per cent.

However economists say that the forecast can be different from the actual current picture of the global economy which could be a worse shape which puts it in a growth recession.

The arguments of De Longis are also shared by other economists. The world was in a manufacturing recession, said Charles Schwab Chief Investment Strategist Liz Ann Sonders.

The outlook for the global economy has been sourced by the recent slowdown in the manufacturing sector of America because of the trade wars. This trend suggests that there is spread of economic contagion into the United States from economies outside of the country even as the US economy is believed to be the healthiest major economy of the world.

The US economy has managed to maintain growth because of robust domestic consumer spending. However the American economy is also slowing down. And consumer sentiments had began to get hurt over the summer because of worries about trade conflicts. Analysts said that this ultimately impact the robust consumer spending in eth country.

If there is a global recession, it would probably translate into slow growth for the United States economy instead of millions of Americans losing their jobs as had happened during the last global recession a decade ago. A growth recession would be very different to the one seen in 2008 when the US economy had gone into a so-called technical recession which is said to have happened if there are two consecutive quarters of an economy shrinking. Currently the US economy is far away from that.

The situation is bleaker for Europe though where the chances of a recession is much higher. At the center of trade and slowdown worries are those economies of Europe that are export dependent. In the second half of 2018, there was a technical recession for the economy of Italy, the fourth largest economy of the European Union. The economic growth of Germany, the largest economy of the European Union, has been continuously edging lower this year. 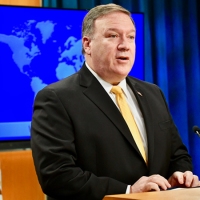