While Bank of America Corp’s net income applicable to shareholders have risen in comparison to the previous year, they are however lower than analysts’ average expectations. Revenues, net of interest expense, were also lackluster.

On Tuesday, Bank of America Corp reported a 6% rise in its quarterly profits, as its growing loan book and cost cuts have boosted its revenues from its investment banking unit.

Revenue, net of interest expense, was flat at $23 billion and below analysts’ expectations of $23.30 billion. 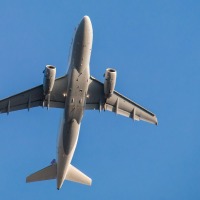