Basis Of US Charges Against Huawei CFO Is A HSBC Investigation

The revelation of close financial ties existed between the Chinese tech giant Huawei and a suspected front company in Iran was made during an internal prove conducted by the HSBC. The probe found that the relationship had existed for years even after purportedly selling it away years ago, said media reports.

It was in the late 2016 and in 2017, when HSBC itself was trying to get some criminal charges against its by the U.S. Department of Justice dismissed over the alleged misconduct of the bank with regards to US sanctions, was when the bank discovered the Huawei connection.

The bank never made the findings public but presented them to the DOJ in 2017. That investigation formed the basis of the current criminal case that has been brought against Huawei’s chief financial officer, Meng Wanzhoum by it.

The accusations against her include engaging in conspiracy to defraud HSBC and other banks as the company misrepresented its relationship with the suspected front company, Skycom Tech. The US claimed that Skycom is unofficially the subsidiary of Huawei that it has used to hide its Iran business but the Chinese company claims that it is simply the local business partner in Iran. The US has also brought in bank and wire fraud, as well as violating U.S. sanctions on Iran against Huawei and Skycom.

According to the allegations of the US against Huawei, embargoed U.S. goods and technology in Iran was obtained by the Chinese tech company using Skycom as well as using the company and the international banking system to shift money out of the country. The US alleges that this deceptive tactic that was used by Huawei fooled HSBC and other banks who cleared funds worth $100 million against transactions related to Skycom through the United States. this act of the banks potentially violated the US sanctions on Iran at that point in time.

There has been no comment on the reports by Huawei.

Robert Sherman, a spokesman for HSBC, said, “Information provided by HSBC to the Justice Department was provided pursuant to formal demand, including grand jury subpoena or other obligation to provide information pursuant to a Deferred Prosecution Agreement or similar legal obligation.”

He added, “The U.S. Department of Justice has confirmed that HSBC is not under investigation in this case.”

There was also no comment made by the US Justice Department.

Meng, who is also the daughter of the Huawei’s founder, was arrested in Canada in December at the behest of the US which now wants her to be extradited into the US to be tried under those charges. Meng is currently under house arrest in Canada.

The reports claimed that new financial details about Huawei’s relationship with Skycom as well as the company that the Chinese firm claims it sold Skycom to in 2007, is available in the documents detailing the investigation conducted by HSBC. 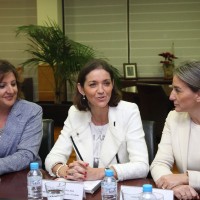