On the wings of strong sales from its businesses which makes a host of products ranging from supply chain and warehouse automation equipment to aircraft engines and catalysts for petroleum refining, Honeywell International Inc reported a better-than-expected second quarter profits and lifted its full-year profit earnings.

Honeywell, which makes everything from aircraft engines to catalysts used for refining petroleum, is benefiting from an e-commerce boom as well as a rise in global travel.

Sales in its aerospace division, which makes auxiliary power units, braking systems and other parts for Boeing and Airbus single-aisle planes, rose by nearly 10% to $4.03 billion, while margins expanded by 80 basis points to 22.1%.

Net income attributable to Honeywell increased to $2.34 billion, equivalent to $3.11 per share, in the third quarter ended September 30 from $1.35 billion, or $1.74 per share, a year earlier.

Honeywell increased the low end of its 2018 adjusted free cash flow to $5.8 billion from $5.6 billion, while keeping the top end unchanged at $6.2 billion. 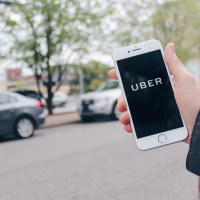