Home › Creativity › German institutes warn of major recession in EU and Germany if trade conflict with the U.S. escalates

German institutes warn of major recession in EU and Germany if trade conflict with the U.S. escalates

Germany, the EU’s biggest economy, thrives on its exports of cars to the U.S. EU’s retaliatory measures could also significant slow down the U.S. economy if not trigger a major recession there.

On Thursday, leading economic institutes from Germany disclosed, any further escalation of trade tariffs with the United States could cause a major recession in Europe and Germany.

If U.S. President Donald Trump goes ahead with his threat of imposing tariffs on car imported from the European Union, it would harm productivity, result in job losses and harm German prosperity.

Significant and widespread further tariff measures from Washington, “would probably trigger a major recession in Germany and Europe,” the report states.

The EU has said, it would retaliate if Trump were to impose any further tariffs on cars exported to the U.S. The EU and the U.S. are considering ways to cut trade barriers.

“Retaliatory measures by the EU would probably ease the economic downturn in the EU and cause a major recession in the United States,” read the report from the institutes.

The institutes have not given any timeframe for the scenario and have cut the EU’s 2018 GDP growth forecast to 1.7%, down from 2.2%.

The revised GDP forecast comes in the wake of the BDI industry association cutting its 2018 forecast to 2.0% from 2.25% citing weaker demand for German exports due to U.S. trade policy and Brexit, on Tuesday.

Given the large size of its automotive sector, Germany depends on its car exports to the U.S. No wonder tensions rose in August 2018 after Trump rejected the EU’s offer to eliminate auto tariffs.

Like Loading...
‹ Become more competitive before talking of selling stake: French Finance Minister Bruno Le Maire
Cost of food and drink likely to shoot up significantly in case of a no-deal Brexit › 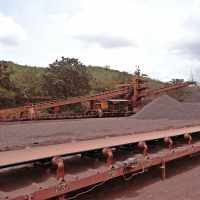 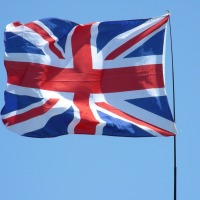