Home › Economy & Finance › Investment Manager Says In 10 Years’ Time, Portugal Could Be Back In Crisis

Investment Manager Says In 10 Years’ Time, Portugal Could Be Back In Crisis

The consumer and business habits of the economy might jeopardize the Portugal economy in the future, according to the International Monetary Fund, even though the country seems to be out of the woods for the moment with a projected growth rate of 2.5 percent this year.

“My fear is more on the change of habits,” Diogo Teixeira, CEO of Optimize Investment Partners, said during a television interview. “We’ve seen in the last couple of years some signs of complacency and return to bad habits that have put the country in the bad shape it went through in 2011,” he noted.

“If the private and public sector don’t change their habits throughout the next couple of decades we may have at the end of the road in 10 or 20 years again another crisis in Portugal,” Teixeira warned, talking specifically about high consumer and business borrowing.

After private and public debt surpassed the country’s ability to finance itself, Portugal was forced to ask for financial help in 2011. The corporate sector in the country still has to deal with a lot of debt on its balance sheets even as the country itself has strategized and implemented many economic and financial reforms and prudence measures.

According to forecasts from the European Commission, for the Portugal economy, public debt is set to reach 128.5 percent of GDP (gross domestic product) this year. And on the other hand, noting a decrease 0.2 percent in 2017 from last year, the savings rate of households is forecast to come down as well even though it has been forecast to rise slightly in 2018.

Including strict measures such as reversing public sector wages, many austerity measures implemented during the bailout years have been scrapped by the incumbent socialist government since 2015. And since taking office nearly two years ago, the face and focus of the economy has been shifted towards encouraging higher consumer spending by Prime Minister Antonio Costa. Just at a time that the country heads towards local elections after the summer, he promised to include higher salaries in the upcoming 2018 budget last Saturday.

Teixeira warned: “Any shock in interest rates could endanger the recovery of the country that’s for sure because the overall government debt is at about 130 percent, which is the third largest in terms of GDP just below Italy and Greece (in the euro zone).”

“The banking sector is still burdened by lot of non-performing loans,” Teixeira added.

The economic recovery has been endangered by both high debt levels and bad loans. However, with tourism and real estate being the top and most popular areas of investments, for the time being, Portugal seems to be an attractive proposition for investors.

Like Loading...
‹ Fears Of A Systemic Banking Crisis Stoked By Russia Bailout
Amazon to slashes prices of groceries from Monday › 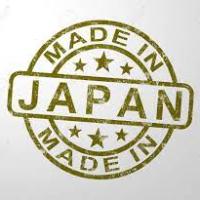 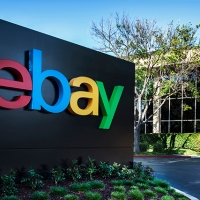