The surprise revelations of her tax strategy vis-à-vis the elderly in Britain is telling. It is better for Britons to know all of her Trojan Horse revelations before the polls then after.

In an interesting turn of events, British voters will now largely decide which road the country’s economy will tread – will it hold hands with Europe and secure its future or will it take the more adventurous path and gamble away its future.

While British Prime Minister Theresa May has made it clear that she would walk away from Brexit talks if she had to, her rival Jeremy Corbyn, has stated he will ensure an agreement is reached if he won the elections.

Britons will now decide whether May or Corbyn will sit down at the negotiating table at Brussels and hammer out a deal which will essentially decide the country’s diplomatic and trade future with not only the EU but with the rest of the world as well.

Their differing stances could set the tone for what Britain can get out of the EU in the upcoming complex negotiations which will decide the quantum of the cash the country will pay for its exit from the EU, laws regarding good and services, border management issues as well as laws concerning migrant workforce.

Although May is expected to win in the Jun 8 elections, her party’s lead has narrowed down sharply by 6 percentage points from 9 points a week ago and 18 points two weeks ago.

The difference in the approach of both party leaders vis-à-vis the Brexit talks came to the fore during a televised show in which both candidates separately answered questions from the public after which they were interviewed.

“We will be there to negotiate the right deal but what I have said is that no deal is better than a bad deal. We have to be prepared to walk out,” said May during a Sky News interview.

Corbyn’s approach however is radically different.

When asked whether he would contemplate a scenario wherein Britain fails to strike a deal with the EU, Jeremy Corbyn replied on a positive note saying:

“There’s going to be a deal. We will make sure there is a deal.”

May is facing a severe backlash when she revealed her plans to tax elderly voters for the cost of their old age care.

She was heckled and laughed at by members of the audience during Monday’s TV appearance when discussing her education policy.

When Jeremy Paxman, the interviewer, asked her whether the EU would see her as a “blowhard who collapses at the first sign of gunfire” after she softened her plans on old age care.

“What the people in Brussels look at is the record I had negotiating with them … and delivering for this country on a number of issues on justice and home affairs which people said we were never going to get,” May replied, citing her record as interior minister between 2010 and 2016. 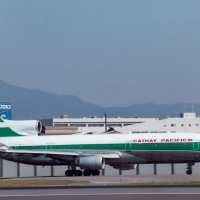