What really makes a car ‘American’?

According to two studies, a “highly protectionist and isolationist stance” while revising NAFTA could significantly hit the U.S. auto industry in the form of decreased sales a job losses across North America.

With U.S. President Donald Trump withdrawing from the TPP and threatening to revise NAFTA, it’s well worth mentioning that some of the most profitable and popular models of vehicles sold in the U.S. are those which have been manufactured and imported from Mexico.

The fact that they have been manufactured in Mexico states that there are economic cost concerns which have guided that decision. With the Trump administration pushing to overhaul the United States’ trade policies, the move underscores the growing risks for the U.S. auto industry.

On Monday, the White House states that President Donald Trump has scheduled a breakfast on Tuesday with the CEOs of Ford Motor Co, General Motors Co, and Fiat Chrysler Automobiles NV to deliberate on matters revolving around bringing back manufacturing jobs to the country.

Trump had pledged to renegotiate the North American Free Trade Agreement and yesterday he said he would meet leaders of NAFTA partners at an “appropriate time” to get the process started.

According to auto industry officials, it is expected that Trump would push Mexico and Canada to agree to newer, tougher “rules of origin” that would essentially require a higher percentage of vehicles to come from North American so as to be considered tariff free.

Currently under NAFTA, that percentage stands at 62.5. This is the percentage of the net cost of passenger cars or light trucks which must originate from North America, defined as the United States, in order to not attract any tariffs.

While Trump has not made any specific proposal for renegotiating NAFTA, he has however called for manufacturers to buy and build more products in the United States.

Significantly, this being an economic decision, and with automaking being a big industry, the stakes in preserving the status quo is pretty high.

In 2016, the country’s biggest automaker, General Motors imported nearly 315,000 of its full-size GMC Sierra pickup trucks and Chevrolet Silverado from Mexico. This represents almost 40% of its 2016 U.S. auto sales.

As per HIS Markit, nearly 50% of all of Fiat Chrysler’s full-size pickups trucks come from Mexico.

Ford still plans on building one of its top-selling cars, the Fusion sedan, in Mexico.

In 2016, almost 2 million vehicles were imported from Mexico by all U.S. automakers and this volume is expected to rise by 14.5% this year, according to a IHS Markit forecast.

Trump has threatened to slap a 35% tariff on vehicles imported from Mexico. The impact of such a decision could see a cut off in U.S. auto sales by 450,000 vehicles per year and a loss of 6,700 assembly jobs across North America, as per a study done by the Center for Automotive Research, an auto industry think tank in Ann Arbor, Michigan.

A separate study done by LMC Automotive concluded that the U.S. car and light truck sales could be significantly hit, if the Trump administration takes a “highly protectionist and isolationist stance.”

However, if the Trump administration were to cut taxes and enact an infrastructure spending plan, auto sales could rise by 300,000 to 500,000 vehicles a year. 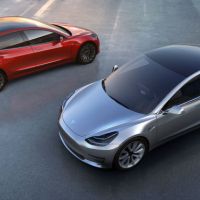